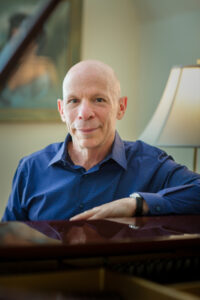 Andrew List (Professor of Composition at Berklee College of Music, Boston, MA) composes music in many different genres, including orchestral works, string quartet, vocal, choral music, opera, music for children, solo works, and a variety of chamber ensembles. He is a graduate of New England Conservatory of Music, with B.A. and M.A. degrees in music composition. He received his DMA in composition from Boston University, where he studied with Bernard Rands, Samuel Headrick, and Nicholas Maw. Mr. List has also studied privately with Richard Danielpour.

Mr. List has been fortunate to enjoy a number of residencies at the MacDowell Colony, Yaddo, Atlantic Center for the Arts, the Aspen Music Festival, La Cité Internationale des Arts in Paris and Visby Centre for Composers in Sweden. He was awarded a distinguished artist-in-residence grant, sponsored by Amsterdams Fonds voor de Kunst, the city of Amsterdam and the American Embassy in The Hague. During his eight-month residency in Amsterdam he presented five concerts of his music and that of other American composers and lectures and workshops at the major conservatories throughout Holland. He was the first American and composer to be awarded this prestigious residency.